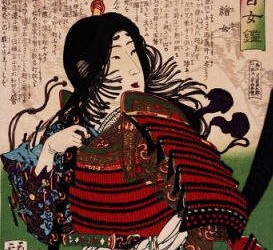 If you’re a  reader or a writer, unforgettable characters are what we look for and strive for. Since late Heian Japan (12th century), people have been drawn to the extraordinary Tomoe Gozen, female samurai and wife of  Minamoto no Yoshinaka.(above)

These past couple of days I have been validated on this  CHARACTER point several times:

1. Sunday, December 1, 2013 the New York Times Magazine has an article called, “The Big Picture Strikes Back.” I won’t sum it up for you, I think it’s better if you read the original material, but I will say that although this deals with movies, every movie begins with a writer and a story. And, of course, CHARACTERS.

The article has a diagram: in the center is the question, “Did this movie…” And out from this  circle/question are the ends of the  question. The question that had the most movies attached to it was, “follow a lone character through an arduous ordeal?”

My number one reason for emphasizing character is substantiated. “12 years a slave” for example, does exactly this. And, was based on a person who actually lived it, so not technically historical fiction, but good enough for me. 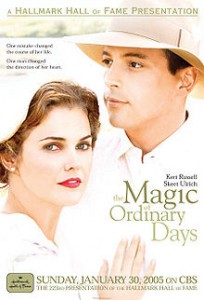 2.  I just finished reading (for the first time!) the Magic of Ordinary Days by Ann Howard Creel, her first adult novel. It was marvelous. Set during World War II, it followed a a lone character through an arduous ordeal. Sound familiar?

*** The omissions and ellipses in the storyline brought me further and further into the story (my #2).

*** There was both simplicity in the history and complications in the story that       became more complicated (my #3).

*** And there was an interesting lone character who underwent an arduous ordeal (my #4). So much so there has been a petition to Hallmark to make a sequel. Talk about remarkable characters!

Needless to say, this book has my recommendation for its portrayals of interesting of characters with whom readers gradually became familiar. If you’d like to read more about whom I consider a fabulous writer, try her website:http://annhowardcreel.com. 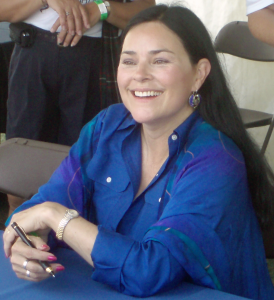 3. Diana Gabaldon,  an author who knows about historical fiction, embodies this notion of CHARACTER. Anyone who has read her books, or even “just” Outlander, has fallen in love with her characters. It is impossible not to. Find her at: http://www.dianagabaldon.com. By the way, she is working on a new book.  Check it out.

All the recommendations you have heard about characters are correct. Characters are fundamental to fiction. And if you are a writer, working on a story, check out Donald Maass’s Writing the Breakout Novel, The Fire in Fiction, and Writing 21st Century Fiction. All of these detail what a memorable character needs to be.

« #3 in Historical Fiction—SIMPLICITY in the history, COMPLICATIONS in the story!
The ABC’s of GRATITUDE — perfect for the season »