I’m delving into the paranormal life and times of Japanese Gods and Goddesses. Not delving, let’s just say putting my toes into the ocean.

So the first one of these series of blogs, one of the main ones  for my sequel to Pillow Book of the Flower Samurai, is Benzaiten, or Benten. She is amazing. As  you can see, women tattoo their bodies with her image.

Why is she so popular? As a Goddesses, they don’t get much better. Even her name:

She is the goddess of literature, music, wealth, and  femininity. She plays the biwa, a Japanese lute. Oh yes, below she brandishes a sword, too. 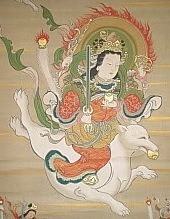 Associated with the Japanese Luck Gods (there are  7 of them), Benzaiten also connects with the sea.  So much so, she is frequently portrayed riding or traveling with a sea dragon. 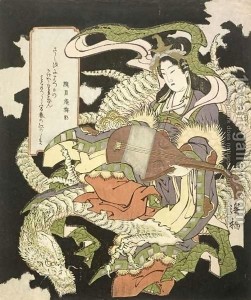 Benzaiten with a sea dragon and biwa 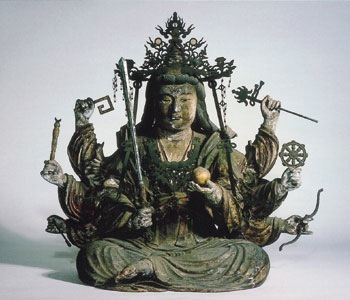 Benzaiten with many hands & talents

My thanks to Mark Schumacher for his assistance and his fabulous website:  http://www.onmarkproductions.com/html/buddhism.shtml

Tune in later, for a trip to the King of Hell…