By the 15th century, the role of women in Japan changed significantly. For a long time before then, women inherited their parents property, then the law of primogeniture was defended by Confucianism and Buddhism. Don’t get me started on that… 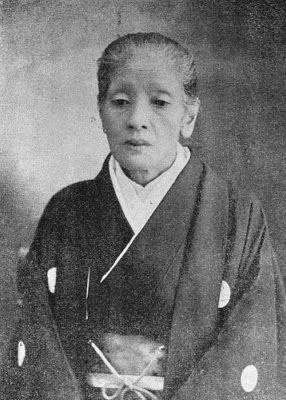 More recently, the Boshin War (1868-69) also witnessed the fighting spirit of Japan’s samurai-class women. After a month-long siege, the Aizu region surrendered. Its samurai went to prisoner of war camps, and the domain was divided up and redistributed to imperial loyalists.

Yamakawa Futaba (1844-1909), the daughter and the wife of shogunate officials in Aizu, trained for combat. She fought defending Tsuruga Castle against the Emperor’s forces. She survived this war, and led the surge for improved education for women and girls in Japan.

Yamamoto Yaeko (1845-1942) also fought in the Boshin War, as a gunner. Her father was a gunnery instructor for the daimyo of the Aizu domain, and young Yaeko was a highly skilled shooter. 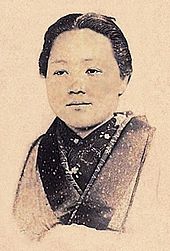