One of the things I love about historical fiction is that I am able to learn about the historical time, people and events.

So — who were the real people and who are fictional characters in Pillow Book of the Flower Samurai?

Kozaishō and all of the Taira:  Michimori, his family members, and even his ‘sidekick’, Tokikazu,were real.

The Retired Emperor Go-Shirakawa and Antoku did live as well. 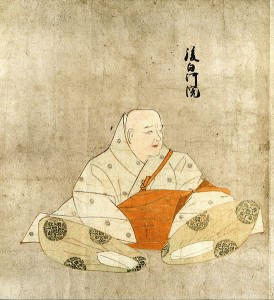 As did the Minamoto: Yoshitsune, Yoritomo, Yoshitomo, Yoshinaka, Noriyori, and Yukiie.

Kozaishō’s family, Akio, Toshiko, the girls on the estate and at the Village of Outcasts were fabrications as were other samurai.

All the major battles between Taira  and Minamoto happened and were researched as carefully as I could.  The armor, the weapons and the learning of the weapons, especially the bow and arrow, are factual.

The holidays, how they were celebrated, the clothing, the art and art work, the shrines and temples, the geography, the castes (ranks and the eta, for example) were again as accurate as I could make them.

The folktales? Yes, they were real.

The poems? No. Only one (perhaps two?) poems were retranslated from a translation. The rest—all mine.

Tanka is a little more challenging than haiku, but within the context of Pillow Book of the Flower Samurai,  it seemed quite natural. Perhaps because all the women’s diaries  I read from the Heian Period were written like that. Haibun, a combination of prose punctuated by poems, usually a haiku or tanka, constituted the primary format of those diaries.

So it is with Pillow Book of the Flower Samurai.

In case you missed it on my front page, here is the challenge and contest for the summer:

Has anyone noticed the frequency of the poems? Anyone have an idea why they might be placed that way?

The first person to send me a reasonable answer (not necessarily the one I thought of) will be sent a signed book!