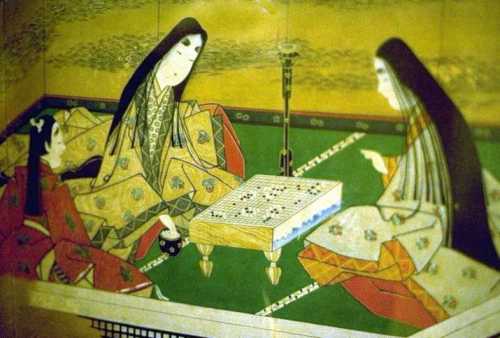 A woman’s hair is considered not only beautiful but sexy and seductive.Orthodox Jewish women cut their hair when married in order not to be attractive to other men. Muslim women frequently wear the hijab to show modesty and to cover the décolleté and their hair.Christian women often wear a hat to cover their heads (in order to hide their hair during the service)?   I don’t cover my hair. In fact, I often say I spend more money on my hair because I  wear mine everyday!

However, aristocratic Heian woman and their society were no different,  well, a little different. They measured their beauty with their hair (and a few other things I’ll be talking about in later posts). Measured was the magic word. They wore it longer than the woman’s height.

Clothes were designed so their hair would not trail on the floor. As I mentioned in an earlier post, the longest measured length was 7 metres (23 feet)! No wonder the aristocrats had to wait until an auspicious day to wash their hair (and with no hair dryers).

The reason this became the style was the opposite of what happened to American women’s hair in the 1920’s. In reaction to long hair, women bobbed it. Heian women wore their hair long and loose, in reaction to the Chinese  who wore their hair in short hair, buns and ponytails. This long sheet of brilliant black tresses was called kurokami. 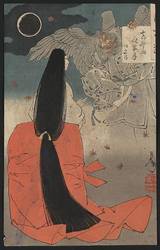 « Being Beautiful
Colors of Our Sleeves »